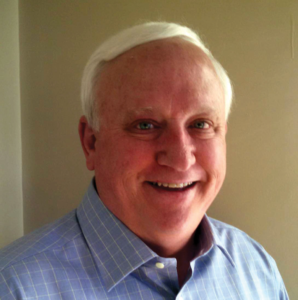 Jim has written a memoir inspired by a baby slipper originally purchased in Casper, Wyoming, in the winter of 1944 to protect Bob and Peggy Kurtz’s baby son’s feet from the relentless cold, its purpose would assume an entirely different role.

Read how the slipper that 2nd Lieutenant Kurtz took with him into combat saved his life after he was shot down by German fighters over the Austrian Alps. Then follow its path as it accompanies Kurtz, first through solitary confinement, and then interrogation in Germany. It stays with him through several months of imprisonment in three different POW camps, and finally . . . . .

Jim Kurtz was born in White Plains, New York, in July of 1949. The youngest of four sons, his father, a World War II veteran, died when he was two years old, and Jim was raised by his mother and grandparents. In 1967, he went to Gettysburg College where he studied political science, was president of his fraternity (Sigma Alpha Epsilon). The power of his father’s story and the support he received from Tim Russert and others encouraged Jim to delve deeper and led in 2010 to an article by Kevin Cullen in the Boston Sunday Globe magazine. Both Cullen and Russert, before his death, suggested to Jim that he tell the full story in his own words and also describe the process of exploration that helped him come to know the father of whom he had no real memory.  More about the author here.