Please contribute to the “Room With a View” campaign to benefit this remarkable National Landmark.

Thank You for preserving this national treasure!

David McIntire, descendant of designer and builder of this National Historical Landmark, shares his research here on the Milkmaid and Reaper. 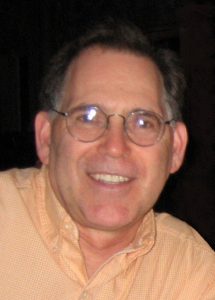 The Derby Summer House (sometimes called the McIntire Tea house) was designed by Samuel McIntire for Elias Haskett Derby of Salem in 1793 and was constructed by McIntire in July 1794 on Derby’s farm on Andover Street (Route 114) in Danvers (now Peabody).  The farm was located where Route 114 now intersects Route 128 and included the area that is now the North Shore Mall and an equal amount of land on the other side of route 128.

From the diary of a young lady who visited the Derby Farm in July 1802, we know that the Summer House sat in the center of a garden filled with rare plants and trees.  The arch was open without the lattice doors on it today.  She wrote of going up the stairs to the room above, “The air from the windows is always pure and cool and the eye wanders with delight over the beautiful landscape below…  The room is ornamented with some Chinese figures and seems calculated for serenity and peace.”  It is probable that the building was used more often as a place to cool off from the summer heat and to view the garden, than as a place to drink tea.

In 1901, Ellen Peabody Endicott (Mrs. William Crowninshield Endicott, Sr.), purchased the Summer House and had it moved to Glen Magna Farms, a distance of four miles. It was so well built that not even the plaster cracked during the move. At the same time, however, it had only one figure on the roof—The Reaper. After a twenty year search, the Milkmaid was found again on a mill building in Andover, badly damaged by fire. An exact duplicate was carved spring of 1924, she was placed back in her original position. The original Milkmaid is now in the collection of the Peabody Essex Museum of Salem. The original Reaper fell off in a storm in 1981. It too, was reproduced and the original is in the collection of the Danvers Historical Society.

The Derby Summer House is unique. There is no other extant building like it in the United States today. McIntire did design a second summer house—for Derby’s son’s farm—but only a painting remains to show what it looked like. Aside from its rarity, the Summer House is important because it represents American Federal architecture at its finest. The Federal style was based on the work of the Scottish architect Robert Adam who studied private homes in ancient Rome, especially at Pompeii and Herculaneum. Walk around the Summer House and notice the delicate columns, the festoons above the second story windows and the runs on the roof, all carved by McIntyre himself. Check the dramatic scale and careful details of the Reaper and the Milkmaid, carved for McIntire by John and Simon Skillin of Boston. Look at the building from across the garden and observe the perfect proportions. Remember, that it was all made by hand more than two hundred years ago. Louise Thoron Endicott (Mrs. William Crowninshield Endicott, Jr.) willed the Derby Summer House to the Danvers Historical Society in 1958.

Please help us MATCH a grants from Historic New England and the Essex National Heritage Commission.

Thank you for your support!  PLEASE ASK your EMPLOYER about MATCHING GIFTS – Thank You!

We lose this source of funds if we do not complete the MATCH.

Thank you to those who helped us MATCH the $50,0000 pledge from the Massachusetts Historical Commission:

Glen Magna Farms gardens & grounds, 29 Ingersoll Street, are open to the public from 10 AM until 6 PM, Monday – Friday. In addition, we are open Saturday and Sunday, 10 AM – Noon, unless closed for a private function.

The mansion and gardens are available for weddings and functions. Please call 978.774.9165 or visit glenmagnafarms.org for more information.

The interior of the Derby Summer House is not available for tours. Visitors are welcome to tour the Gardens from 10 AM until 6 PM, Monday – Friday. Saturday & Sunday from 10 AM to Noon, unless otherwise posted for a private event.

Suggested Admission: A $2.00 donation is appreciated for self-guided tours of the grounds only.

Seasonal group guided tours (20 or more) are available by appointment. Please call 978.774.9165 for reservations and prices.

Seasonal guided lunch tour (10 person minimum) of the Endicott mansion and gardens is offered May – October, and includes a boxed lunch. Reservations are required by the previous Friday. Please call 978.774.9165. The cost is $20 per person. Wednesdays only, 11 AM, rain or shine.

There are many other special events and tours going on at Glen Magna Farms—check them on our calendar!