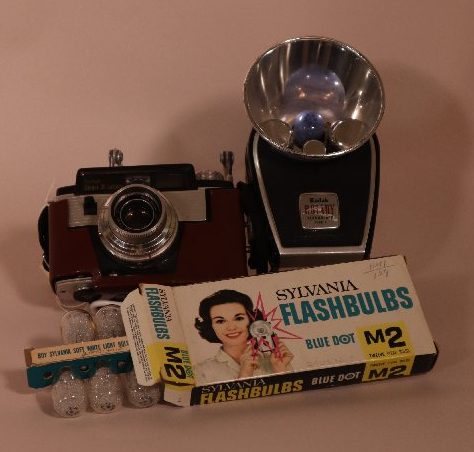 This Kodak camera and box of Sylvania flashbulbs were once owned by Danvers resident Warren Weed. In 1941 Sylvania Company opened a factory in Danvers on Sylvan Street.   Sylvania makes light bulbs and flashbulbs for cameras. Sylvania moved to a larger building on Endicott Street in 1998, but they closed those offices and their factory in 2014 and moved to Wilmington, Massachusetts.  From 1941- 2014, Sylvania Company employed many people from Danvers and other towns and cities nearby.