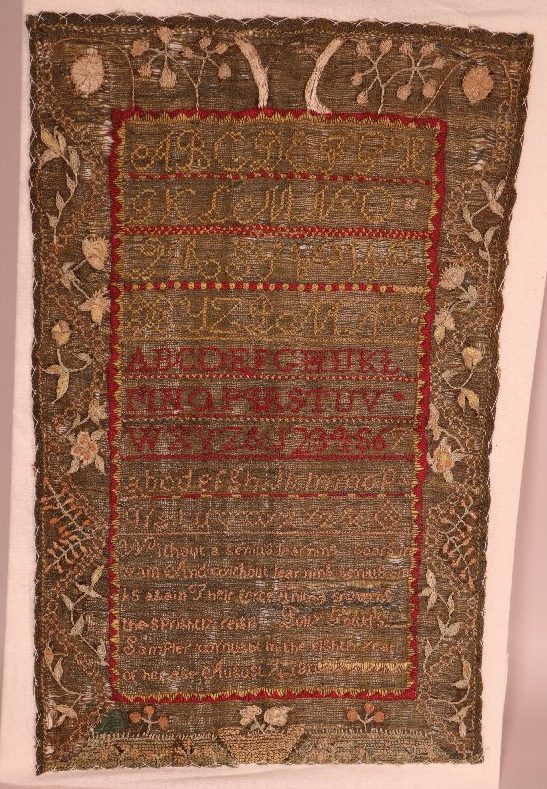 Polly Gould’s 1811 sampler, made when she was eight years old, stands out from other samplers with it’s green dyed linen background which contrasts nicely with the red and white embroidery. Gould embroidered letters, numbers, a verse from a poem and her age when she made the sampler.

In the 17th, 18th and 19th centuries young girls were taught to make samplers as a way to show their sewing skills, important when they became homemakers at a later age. They practiced their stitches making letters of the alphabet or numbers and perhaps a few geometric shapes. When the girls were older, they learned to stitch verses from a poem or create simple scenes with animals, trees, flowers and people.