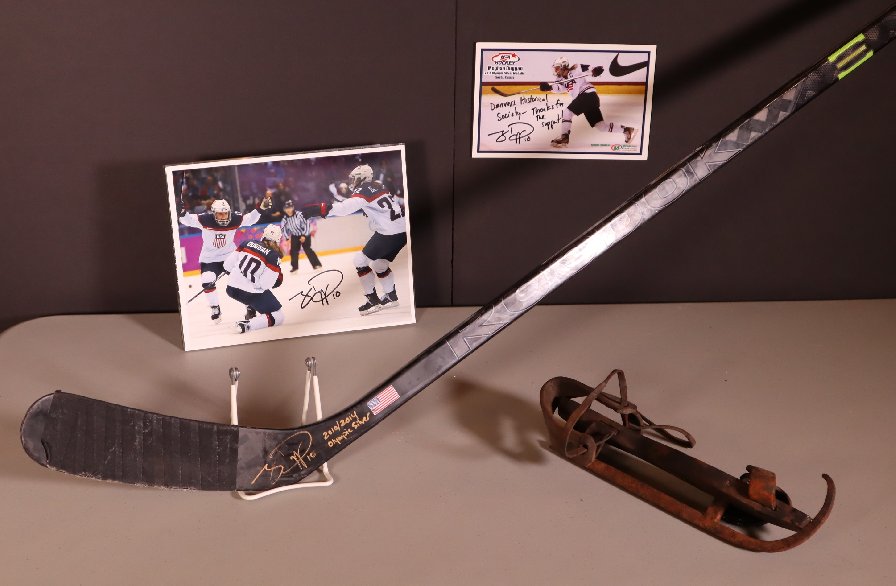 In the 2014 Winter Olympics, the U.S. Women’s Hockey Team won the Silver medal. Canada’s team won the Gold. One of the women on the U.S. Team was Meghan Duggan who grew up in Danvers. Later that year, she donated one of the hockey sticks which she used in the Olympics. Four years later, Meghan was again on the U.S. Women’s Hockey Team at the 2018 Winter Olympics. This time they beat Canada and won the GOLD.

This ice skate, #1998.19.1A,  was probably used by a child living in Danvers around the early 1900s. One of the earliest skates ever found, dated 200 C.E., was made with an animal bone blade and leather straps. By the 1800s, people replaced the animal bone blade with a metal blade. They still strapped the blade onto their shoes. By the 1900s someone designed a boot with the blade attached to it.

Before 1900, people would attach skate blades to the bottoms of their shoes!