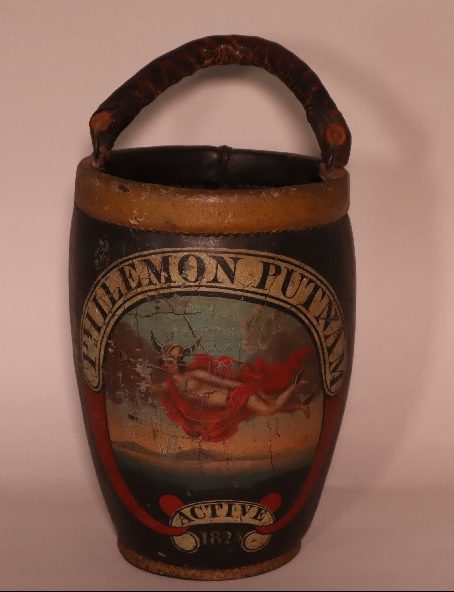 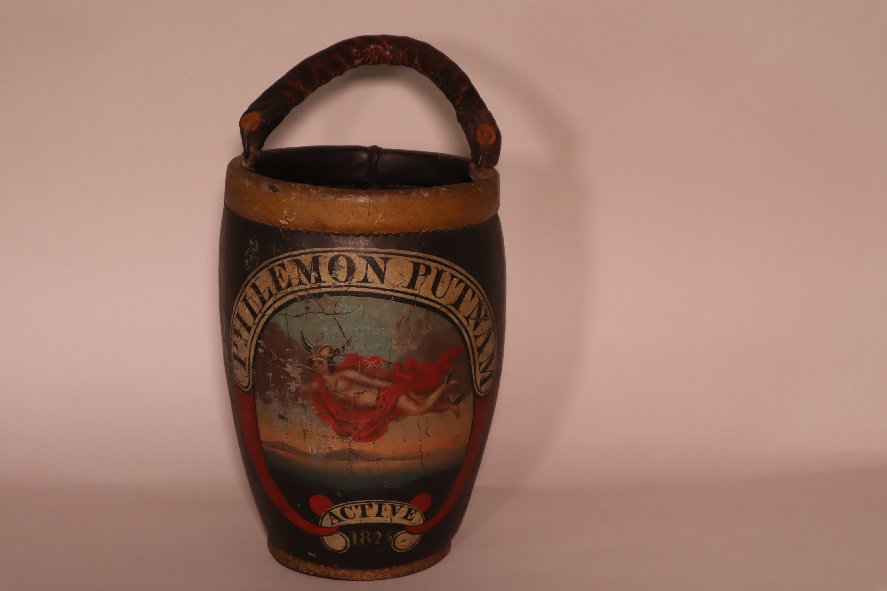 This fire bucket made of wood and sewn leather belonged to Philemon Putnam. A painted image of the Roman God, Mercury, blowing his horn is on the front with the words, “Philemon Putnam, 1825.”
Fire buckets were a common item in almost every home from the 17th through 19th centuries. Before we had organized fire prevention companies, everyone depended on each other to help put out any fire. One building on fire could lead to a whole neighborhood or town with devastating results. When a fire occurred in a town, everyone was expected to help and bring their own bucket. Your name was on the bucket, because during the fire brigade line it became one of many. After the fire was contained, your bucket was returned to you. It was also a way to keep track of anyone who did not come and help out. Water was used to douse flames that were ongoing while sand was used to also douse flame and prevent the flames from spreading or to soak up flammable materials to prevent them from igniting.