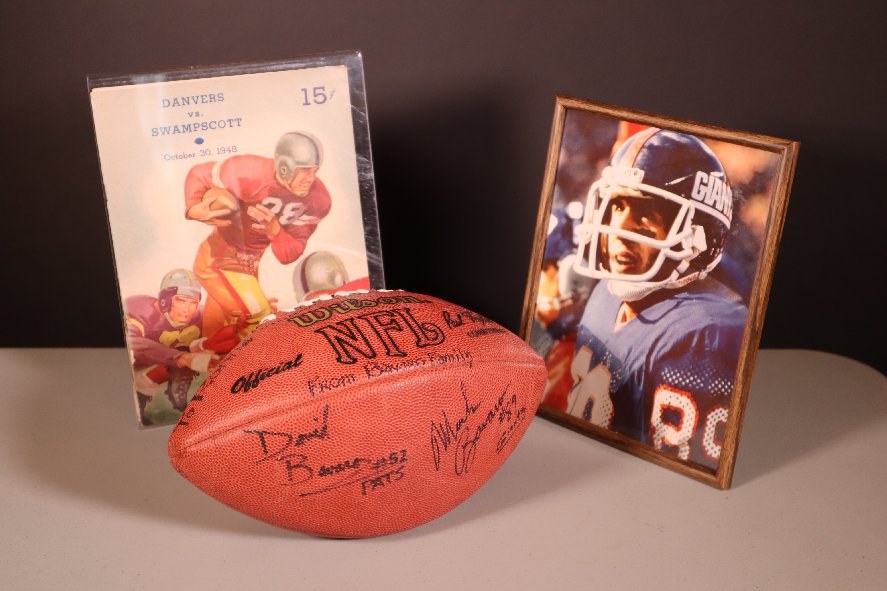 This National Football League football was autographed by Mark and David Bavaro who played football at the Danvers High School and later went on to careers in the NFL in the 1980s and 1990s. Mark played for the New York Giants when they won the Super Bowl in 1987 and 1991 and David played for the New England Patriots in 1993-94.