Salem is where people visit to learn about the 1692 witchcraft trials, but Danvers, formerly Salem Village, is where it first began on a cold February day.

Two young girls began acting out and the local doctor’s diagnosis was that they must be under the Devil’s hand. The witch-hunt was off and running, turning neighbor against neighbor.

You’ll visit several significant historical sites including the remains of the parsonage where Reverend Samuel Parris’ 9-year-old daughter Betty and 11-year-old niece Abigail had their fits that began the hysteria.

This special tour will be held on these selected dates in September and October:

Daniel A. Gagnon, a life-long Danvers resident and author of A Salem Witch, will lead the tour that will give you a greater understanding of one of the more compelling stories of our country’s early history.

Book now. Tickets are $20. Details on the meeting location in Danvers and directions will be in the confirmation email. 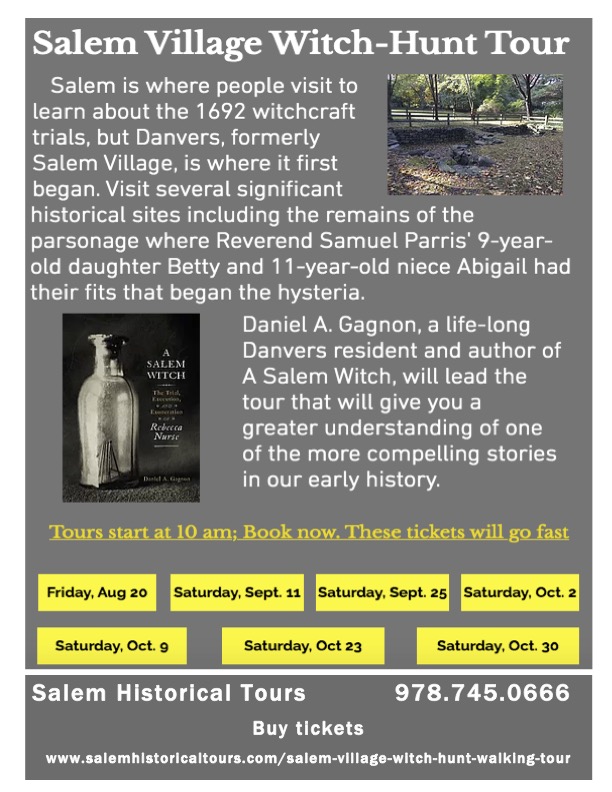