An engraved piece of wood that is from Reverend Parris household. The stick is engraved with a witch on a broom and three spikes. The writing says “The Salem Witch Trials 1692” and “This wood is from the house of Parson Paris”. 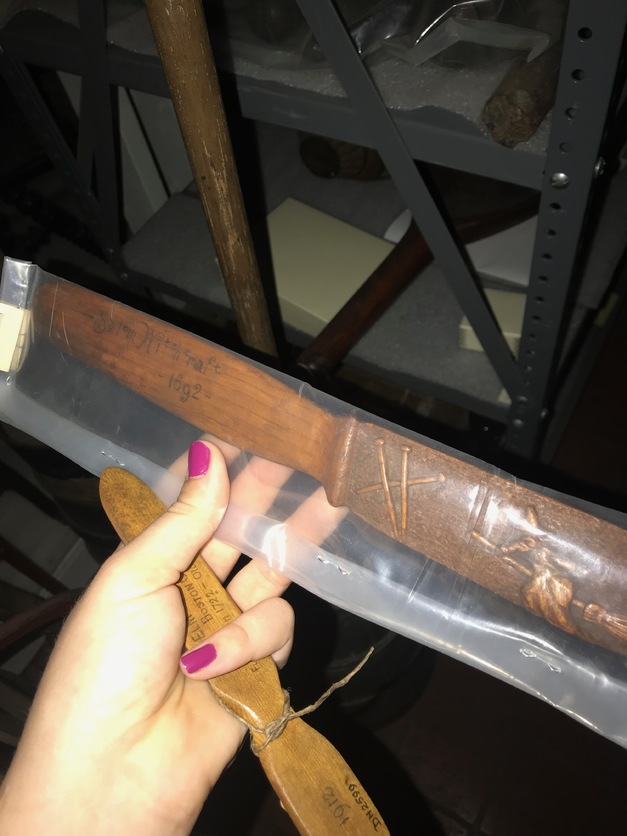 The reason why it’s from the Parris household is because that’s where the whole witch trials started. The house isn’t standing anymore but the cellar is still there but in that very cellar is where Parris’ daughter Betty and her cousin Abigail Williams first accused their slave Tituba of being a witch.

The girls started experiencing strange fits and complaining of pain in February of 1692, Tituba and her husband John helped a neighbor named Mary Sibley bake a witch cake, a cake made from rye meal and the afflicted girl’s urine, and fed it to a dog hoping it would reveal the name of whoever bewitched the girls. The girl’s “symptoms” took a turn for the worse and just a few weeks after the incident they accused Tituba, Sarah Good and Sarah Osburn of bewitching them. The three women were promptly arrested.

The Salem Witch Trials would have ended with those three arrests but the events of Tituba’s examination by Judge John Hathorne in March sparked a massive witch hunt, in the end more than 200 people were accused of practicing witchcraft (the Devil’s magic) and 20 were executed.

Eventually, the colony admitted the trials were a mistake and compensated the families of those convicted. 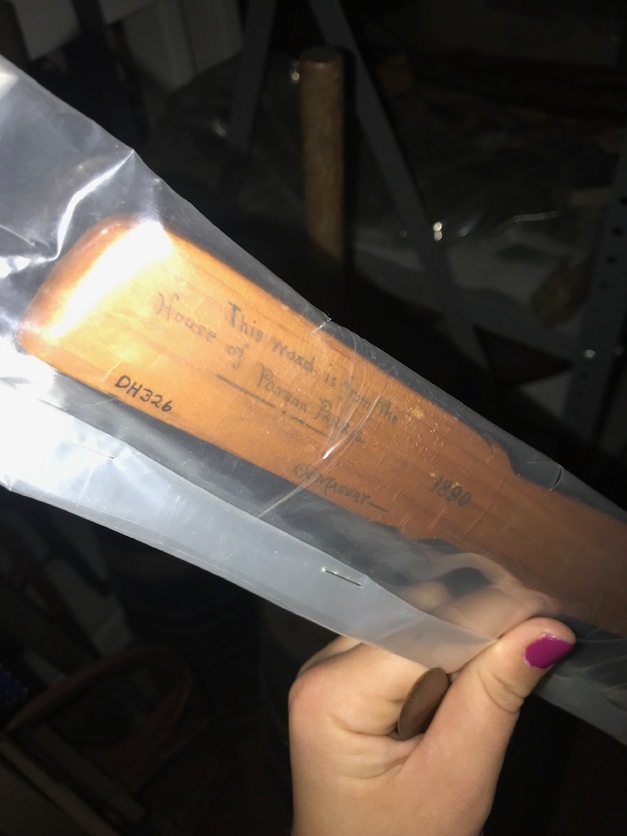