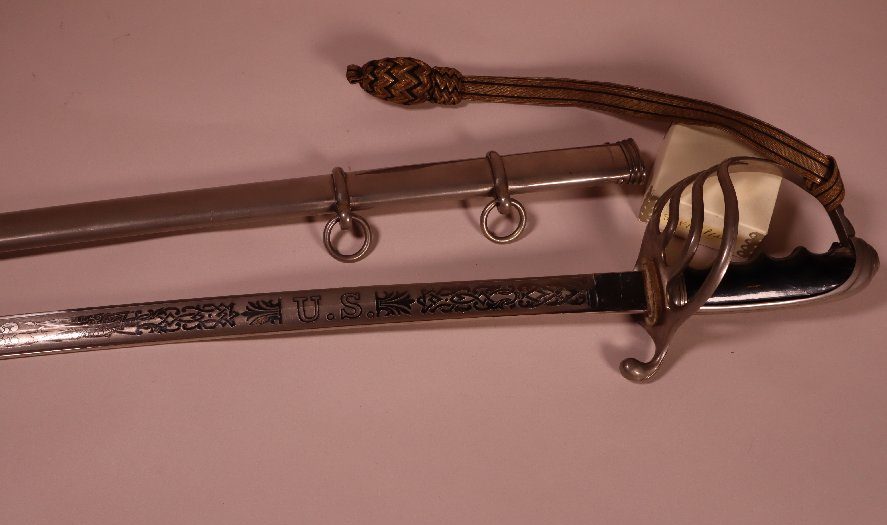 This sword was given to the Society in 1908, having previously belonged to Brigadier General F. S. Dodge. The blade itself has bright and dull finishes, and is engraved with an eagle which says “E pluribus Unum” (“out of many, one”)  underneath each of the wings. The design differs from that of Civil War blades, being narrower than those used during the war. The blade is marked near the hilt with “Henry V. Allien, New York”, implying that the blade was made by Henry V. Allien and Co.