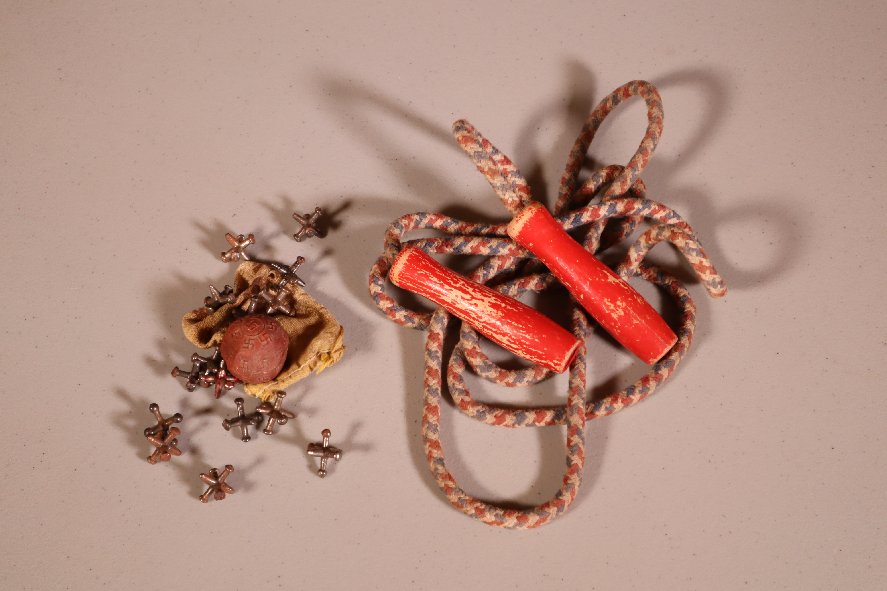 Jump Rope: Jumping is one of the most natural movements of the human body. Early Egyptians and Indigenous People used vines and flexible bamboo to create a jump rope. Children really enjoyed jumping rope. Rhymes were sung or chanted in all cultures where jump rope was played. Some English Rhymes were created back to the 17th century. In the 1940s and 1950s jumping rope became very popular. Jump rope songs or rhymes varied from neighborhood to neighborhood. Children still play jump rope today.

Jacks: Jacks is one of the oldest games played by children all over the world. The earliest jacks were made of stones or even bone and the ball was made of wood. The basic game is played the same everywhere. You toss a small ball in the air and scoop up as many of the jacks before the ball bounces. You could use any small object to be the jacks including beans, rocks, stones, and even bones. Over time, the ball was made of rubber instead of wood and the jacks were made of metal in the shape of five 6 pronged pieces.